European car sales down 57 per cent in May

1/3
Effect of the pandemic is being felt Europe-wide with sales down drastically in all EU countries.

Car sales across the European Union were down 57 per cent in May as the coronavirus pandemic decimated sales in all 27 countries.

That took the total number of registrations for the month down to 622,067 units, taking the year-to-date figures to 3.95 million, down 43 per cent on the same period in 2019.

The UK was worst-hit, with sales down 89 per cent, while Slovenia and Belgium weathered the storm best of all, seeing sales dip 31 and 32 per cent respectively. 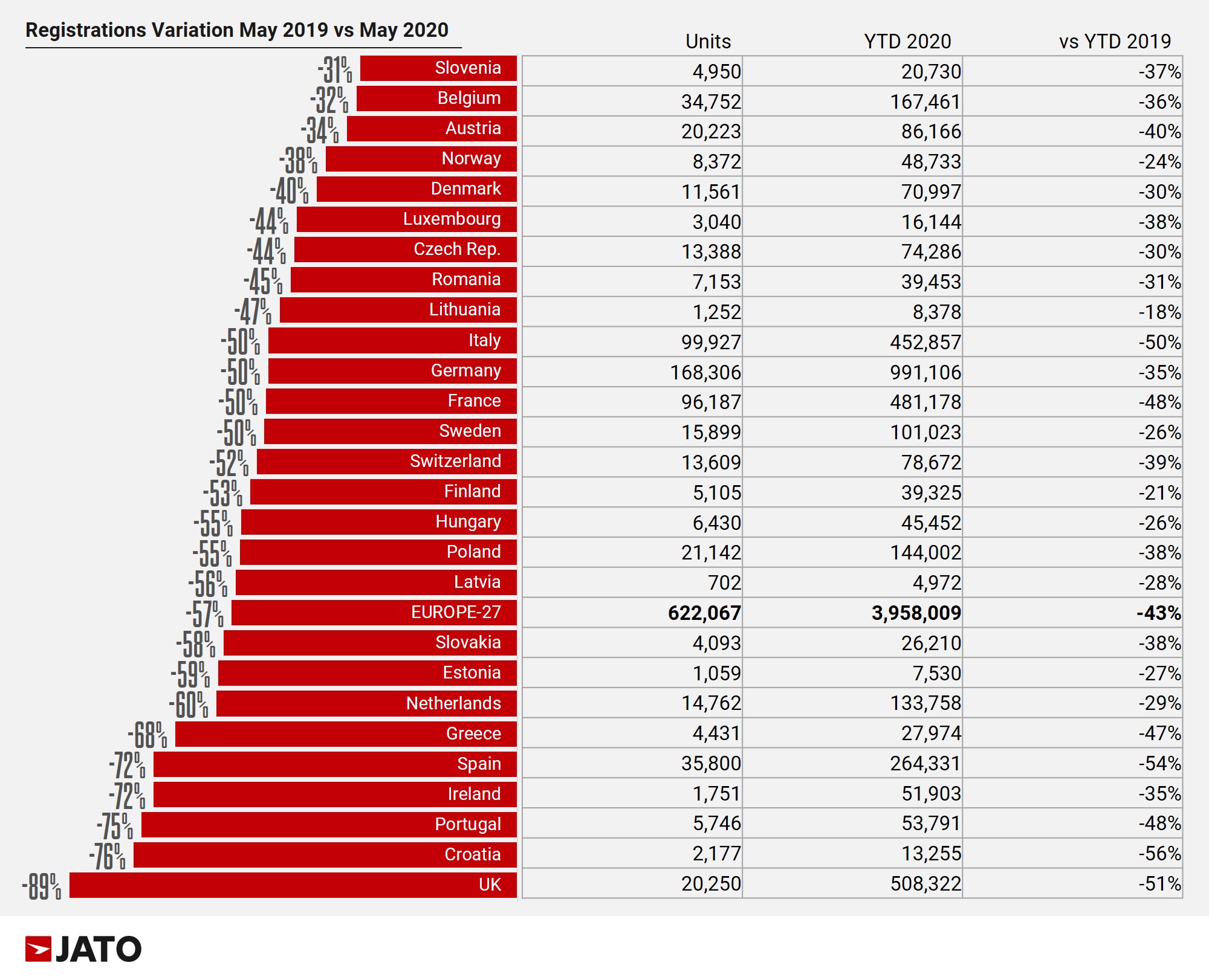 However, despite the bleak figures, the market was showing signs of recovery, following April’s registrations being down 78 per cent.

Felipe Munoz, global analyst at automotive analysts JATO Dynamics, said: “Registrations volumes more than doubled in May, compared to the figures achieved in April. Despite the positive signs of recovery, a proportion of these registrations could correspond to sales that occurred prior to lockdown; therefore, we still do not have enough information to predict whether Europe will experience a “V” or a “U” shaped recovery.”

Munoz added: “The crisis has shown us that hybrid demand and growth fluctuates, while plug-in cars gain traction due to lower prices. Nevertheless, we suspect that mild-hybrids will soon boost hybrid sales.”

The Renault Clio was the best-selling car in the month, beating the Volkswagen Golf to top spot. Both models were benefiting from new generations going on sale, but JATO says the Golf’s sales suffered as Volkswagen was forced to interrupt deliveries following a software error.